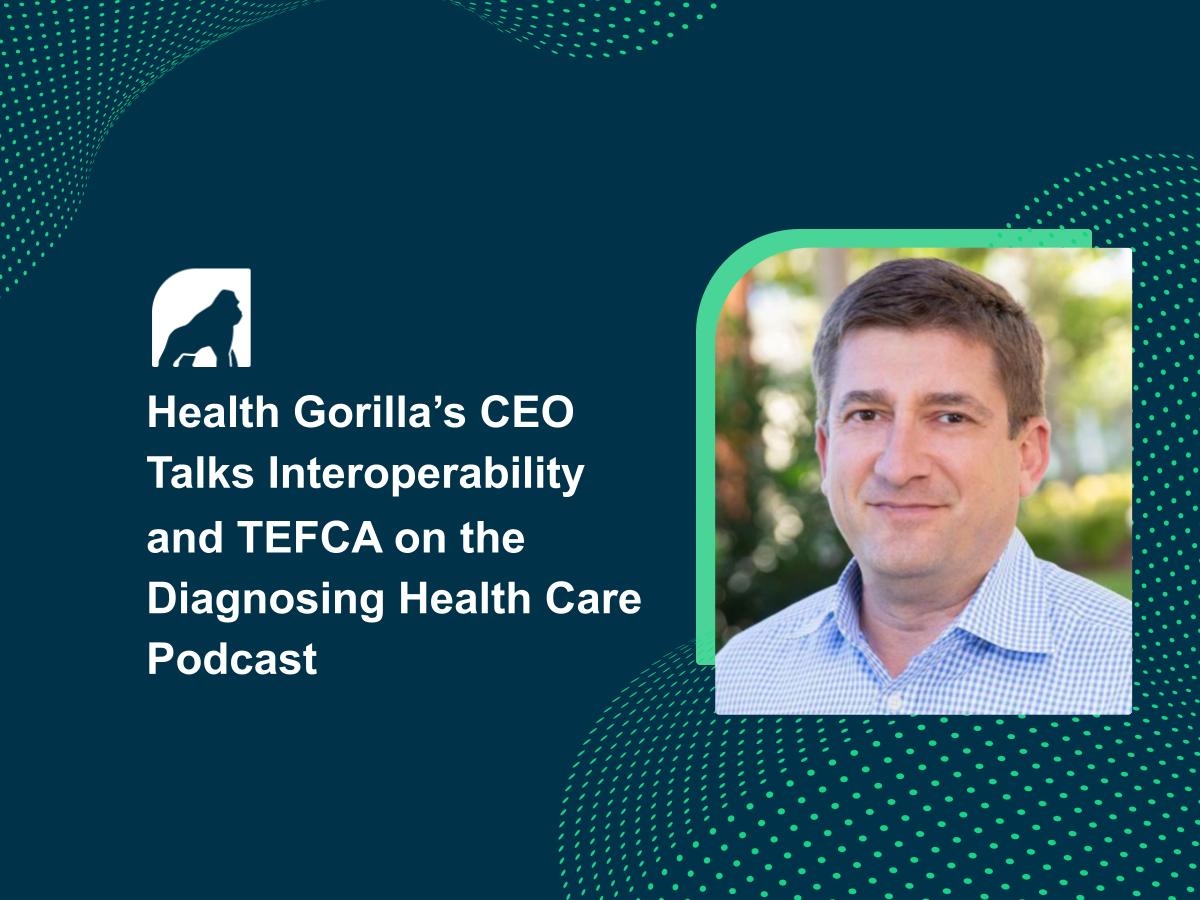 The long road to healthcare interoperability recently became a superhighway, and Health Gorilla was already on the on-ramp. Nivedita Patel, an attorney at Epstein Becker & Green's Health Care & Life Sciences practice in Washington, D.C., caught up with Health Gorilla CEO and Co-Founder Steve Yaskin on the Diagnosing Health Care podcast in the wake of the January 18 release of the Trusted Exchange Framework and Common Agreement (TEFCA).

“It took us a very long time to get here,” Yaskin said of Health Gorilla’s readiness to implement data exchanges under TEFCA on a national level. “We were very pragmatic, ruthlessly pragmatic, I would say, trying to get here as a small startup initially and now a company in hyper-growth mode, but the day has come for us.”

In progress since the bipartisan 21st Century Cures Act was signed in 2016, TEFCA’s goal is to establish universal interoperability standards with a common set of principles, terms, and conditions to enable nationwide exchange of electronic health information across disparate health information networks (HINs).

“This is where we see ourselves going forward–providing that data bridge using the government’s rules, powered by best-of-breed technology that we have been working on for five years now,” he added.

“I think it's going to be really exciting to see how this plays out in the coming years,” Patel said. “I know Health Gorilla is ready, but do you think that the healthcare ecosystem as a whole is ready for the changes that have already started but will continue to progress in the coming years?”

Yaskin acknowledged that there’s still a lot of work to be done.

“But the big difference is that five years ago, if you'd have asked me that question, I would have said, ‘Not only are we not ready, we're not moving anywhere.’ Now I can tell you that the industry is moving at an ever-accelerating pace, towards adoption of really truly national interoperability for permitted purposes, including direct to the patient.”

Progress in healthcare was charted in decades, then in years, and now we are talking about month-to-month progress, he said.

The HITECH Act and Meaningful Use

The 2009 passage of the Health Information Technology for Economic and Clinical Health (HITECH) Act and Meaningful Use spurred the use of electronic health records (EHRs) or electronic medical records (EMRs), but as Patel pointed out, this only served to create siloed data. “Things got lost a little bit,” she said.

“But I think it was almost necessary to take each of these steps that we took as an industry,” Patel said, “because you couldn't just jump into where we are right now.”

Yaskin agreed. As vendors inundated the EHR and EMR market, the only critical regulation in play was the 1996 Health Insurance Portability and Accountability Act (HIPAA). And contrary to popular assumption, although it does significantly address the issue of privacy, the P in HIPAA stands for portability–something that we’ve long struggled with, he said. Epic and Cerner are the largest EMR providers on the market, but there are actually over 700 vendors.

“We created a monster. None of these EMR vendors producing software were exchanging data–talking to each other–and it had become a technical problem,” Yaskin said. “We all knew that we needed to start making our data interoperable, we just didn't know how to do that.”

With no common patient identifier and siloed data stored almost exclusively in proprietary formats, sometimes by design but often because the technology was not quite there, it became obvious that standardization was the next step.

“I've seen hilarious examples where hospitals on the same EMR system, across the street, would compete on how many commas they would add between the first and last name, just to make data incompatible if it gets exchanged somehow,” Yaskin said. “This was the state of the data format.”

In Health Gorilla’s early days, Yaskin said, they knew that “who owns the data?” was the wrong question to ask. “We set out to solve for a different question, which I think is the right question: ‘Who can have access to that data?’”

And as one of the earliest adopters and a leader in the use of Fast Healthcare Interoperability Resources (FHIR) from Health Level Seven International (HL7), Health Gorilla is particularly well-positioned to bring forward a new era of interoperability, he said. That’s why the company announced its intention in fall 2021 to become one of the first Qualified Health Information Networks (QHIN) under TEFCA.

Health information networks (HINs) and HIEs are often thought of as being run by a governmental or a quasi-governmental agency, Patel pointed out while posing this question: “Why would Health Gorilla, as a private company, go out on a limb to voluntarily position itself in this role of a QHIN?”

Yaskin said one of the reasons Health Gorilla is unique is because the company stayed 6 to 12 months ahead of compliance and actively participated in public discussions forums with the Office of National Coordinator (ONC) during the development of TEFCA.

“I can tell you with a certain level of confidence that everything we are fighting toward–full adoption across all permitted purposes, care coordination, benefits administration, public health access–will become a reality very soon,” he said. “But already today, this is groundbreaking. It actually mandates direct-to-consumer access. And it outlines the rules of engagement. There's now a structure in place.”

The path to QHIN

Health Gorilla, at least initially, will probably be the only commercial company that is actually throwing its hat in the ring and saying, “We're going to be a QHIN,” Yaskin added. “And there's a good reason.”

“I strongly believe, spending years in this field working with the government and the private sector, that Health Gorilla is uniquely positioned as that bridge between government compliance and the actual value-based care incentives presented on the commercial side of the market.”

There will be other QHINs, including Health Gorilla partners CommonWell Health Alliance and eHealth Exchange. "CommonWell was created having that dream of having TEFCA in place," Yaskin said. "So they're structured, designed, and positioned to be that nonprofit organization to become a QHIN." And eHealth Exchange controls the majority of the state-funded health information exchanges on the market today, so they will definitely be in the mix too, he said.

As far as the PRHIE goes, Health Gorilla was the first commercial company to implement a statewide HIN that’s fully TEFCA compliant. “So when Puerto Rico starts qualifying to join QHIN, they can do it much faster than any other state,” Yaskin said. “And we're looking to replicate that with other states. We are finally here.”

To listen to the complete conversation, go to Podcast–Interoperability: How Far We've Come and Where We're Going. 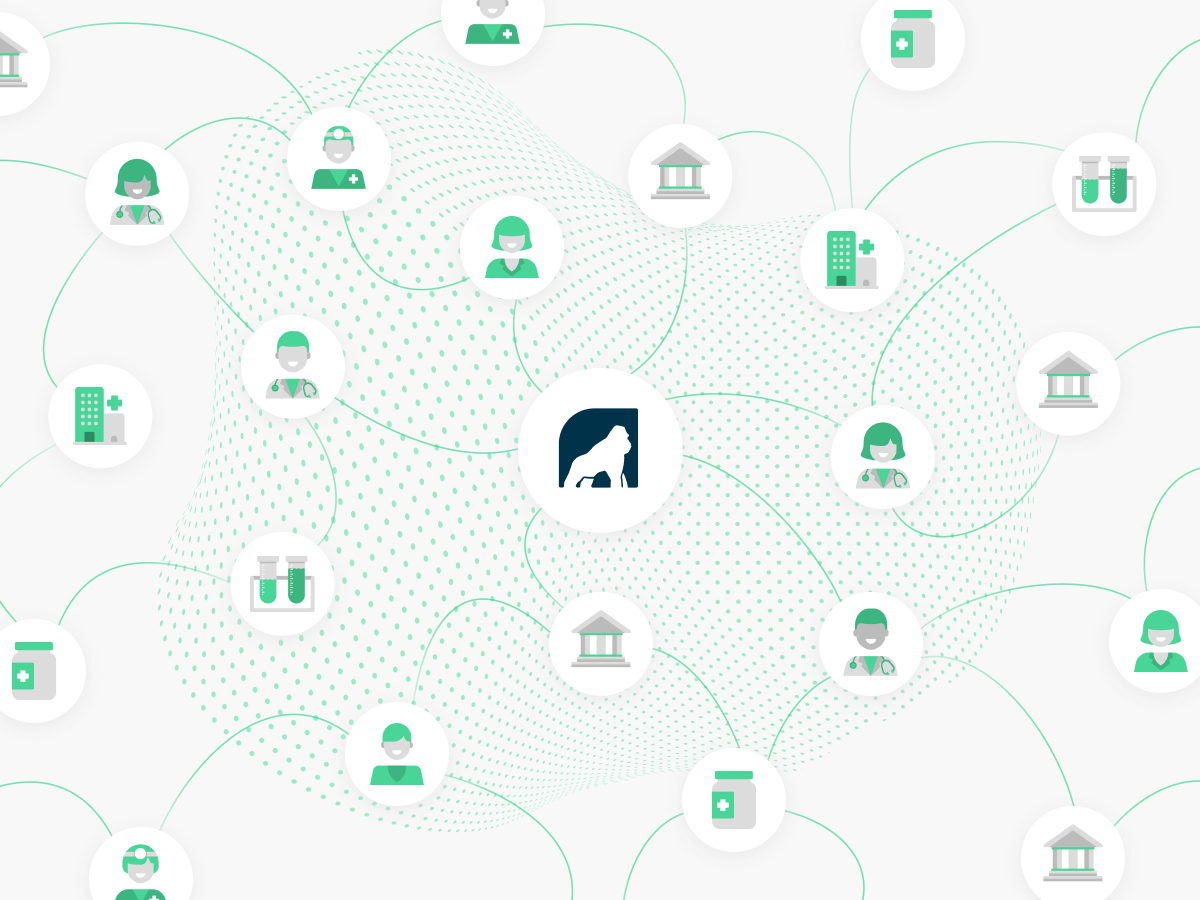 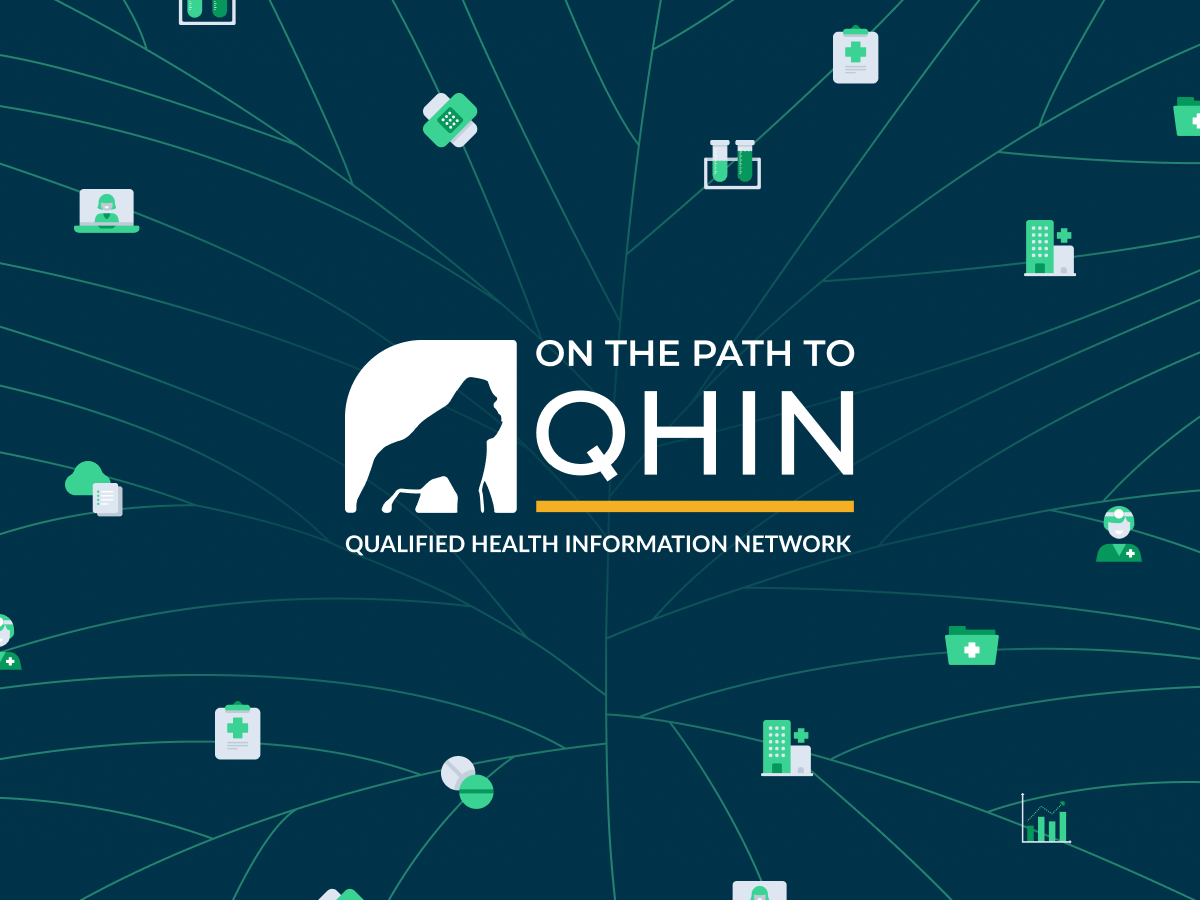 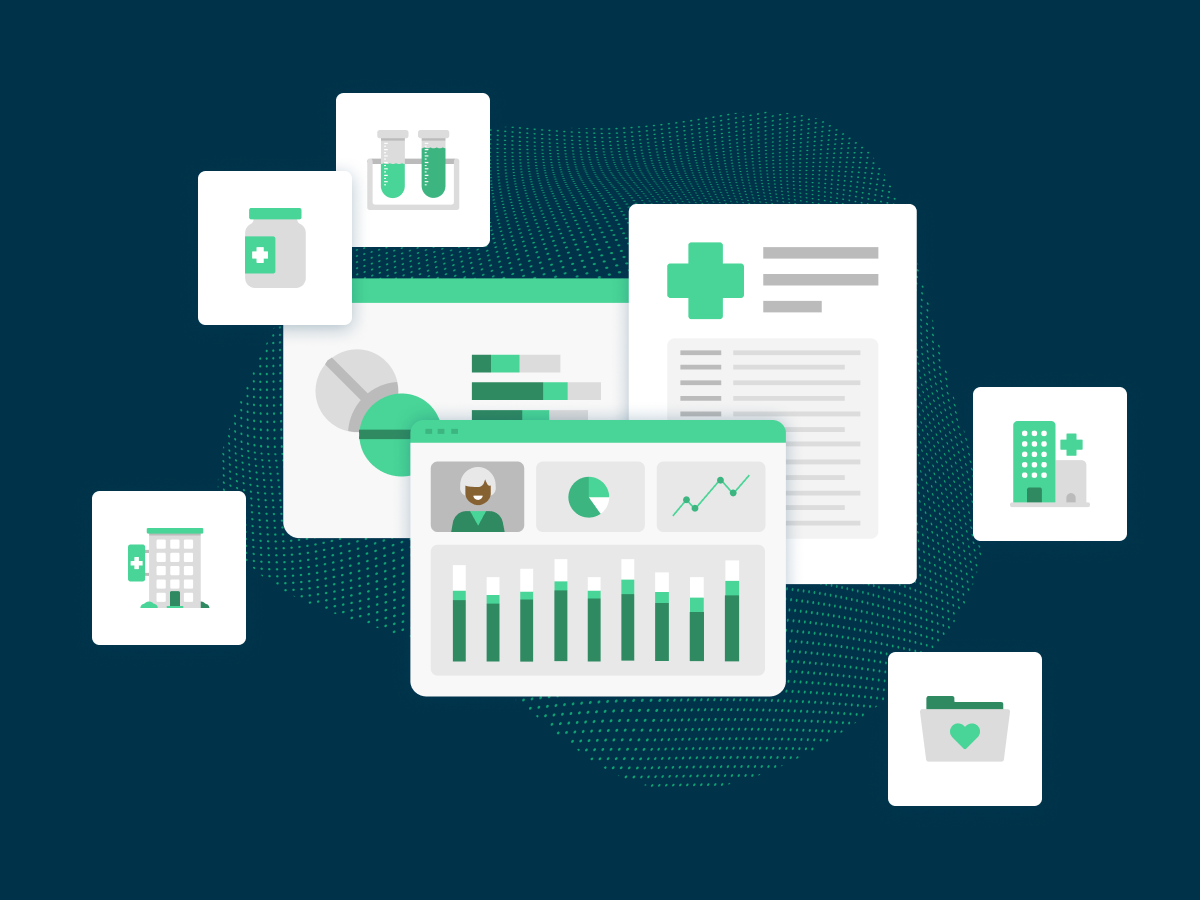 How to Improve EHR Interoperability

How to Improve EHR Interoperability